The month of November brings a lot of good news and great strides by the team. From conventions to national coverage, Back Then is finally beginning to take shape into something memorable.

Let's start at the beginning, shall we?

We've finally introduced the first flashback scene in the game, which is placed at the very beginning.

The player crosses through a dense forest, near the coast. With the sole objective of serving as a pseudo-tutorial and to give a bit more context to the narrative, this scene will show you important narrative pieces, but you won't really know their importance or why they're important in the first place, yet. 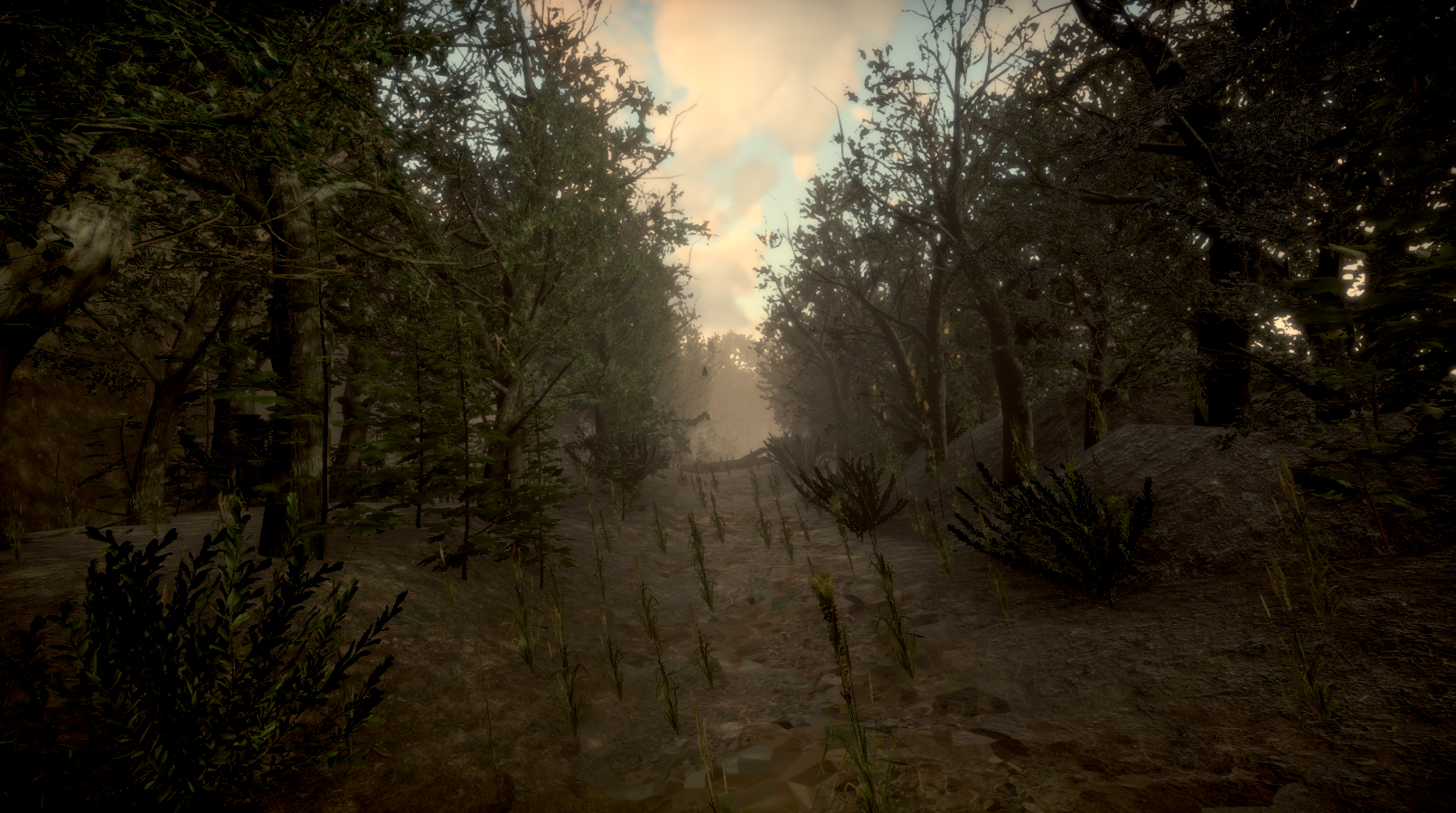 We had not one but two conventions back to back, so obviously we had to prepare something, our idea was simple. A short 10-15 minute demo, where it's just the start of the game, there's no end, but you have a timer. 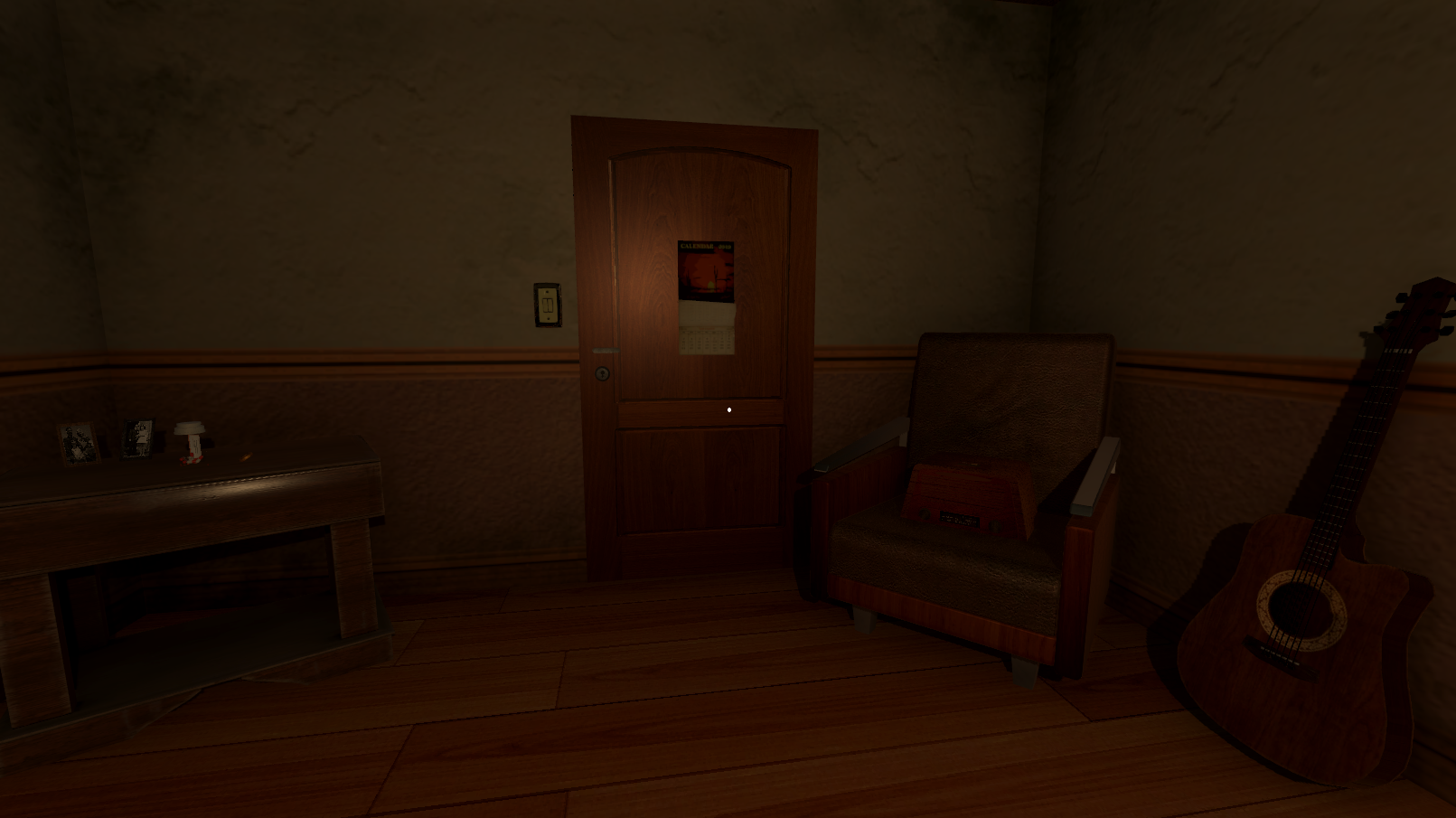 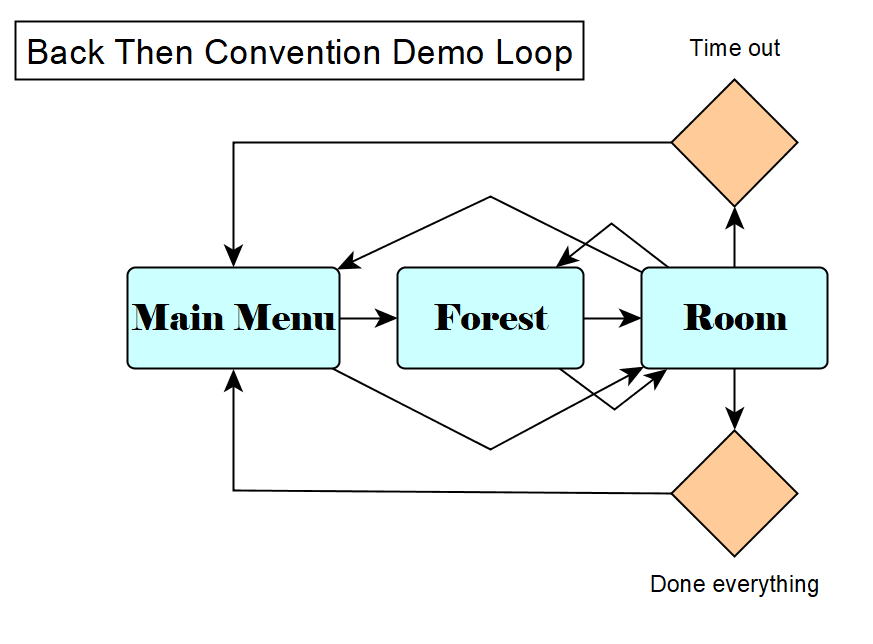 Our goal was to get the most amount of feedback on everything we had to show, menus, both levels, everything.

So we found a way to make all the scenes interchangeable in Unity and made it easier to switch levels in the middle of the convention, this prooved useful since some players wanted to replay certain sections to comment on them and give criticism, which we facilitated, since, we were prepared :)

The build for the convention had quirks, like the exit button doesn't work (because some kids don't have respect and just want to play Fortnite whenever they can), so when people try to leave the game to play something else, they can't. The alt+f4 function was disabled, so they couldn't force their way out, and the explorer.exe for windows was deleted, not giving the player any freedom apart from the actual game.

These small touches were adamant in us keeping our sanity, conventions bring all sorts of people to your project, some have no clue what they're saying, but some have valuable feedback. You have to learn how to filter what people say since most people have no clue how videogames work.

We also made business cards and fliers (we still got some left for the next event too!). 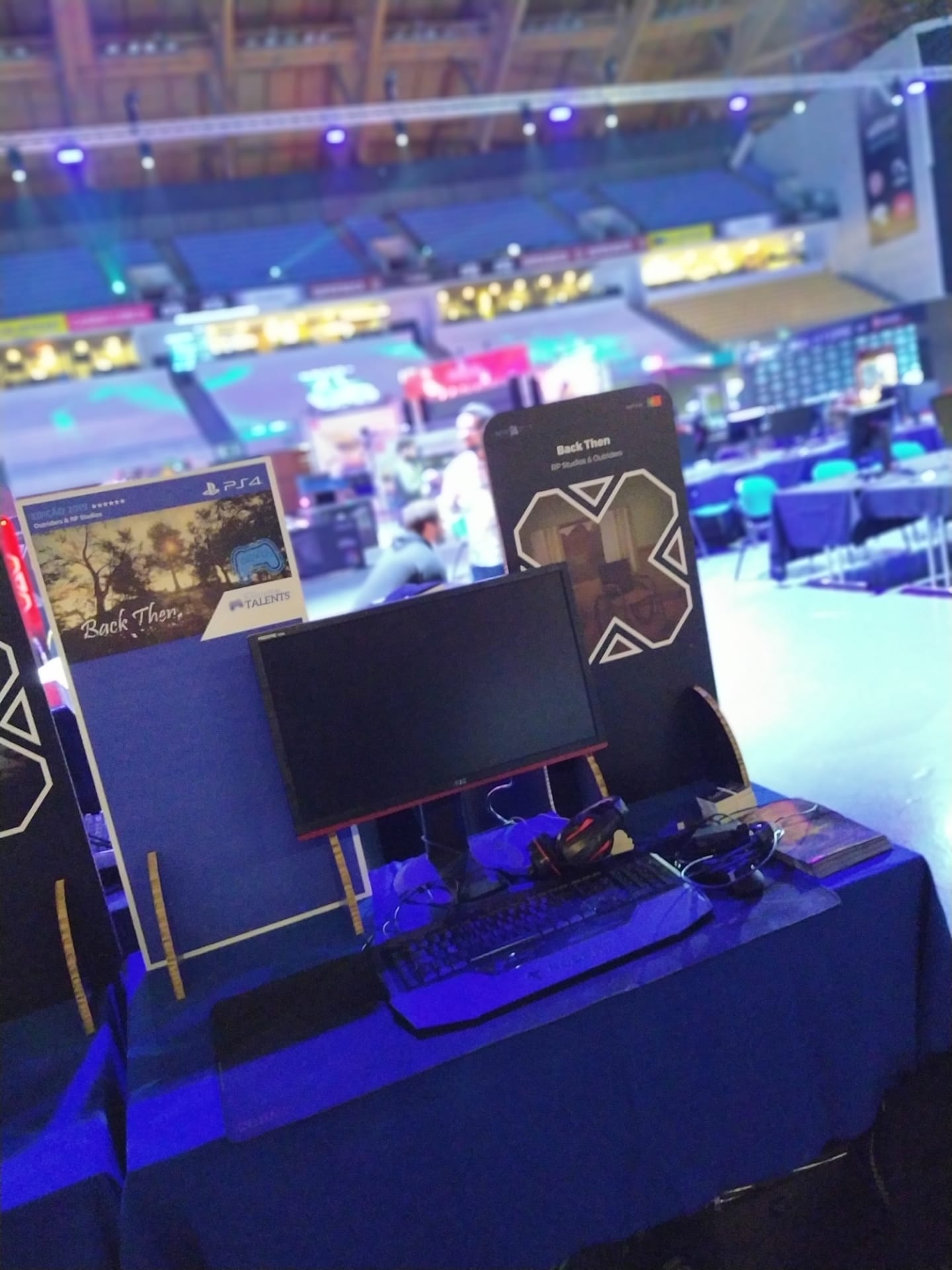 A lot happened in this particular convention, not only was it super productive from our part, we basically had a daily win for each of the 4 days of the convention.

Firstly, we had the opportunity to speak with "Público" which is one of the biggest news outlets in Portugal, and they gave us a brief interview. Us being confirmed at both conventions and Playstation Talents helped solidify our background, they saw we aren't playing around with the subject matter, and have deep connections to it. The title says "How videogames can help us understand those who live with dementia".

Then, on the second day, Calebe, our sound designer, went to participate in a contest organized by Playstation, and literally killed it. The challenge was simple, sing and play "Through the valley", a song that's synonymous with The Last Of Us 1 and 2.

On the third day of the event, we had the good renown Rami Ismail play our project. More about that on the feedback section :) 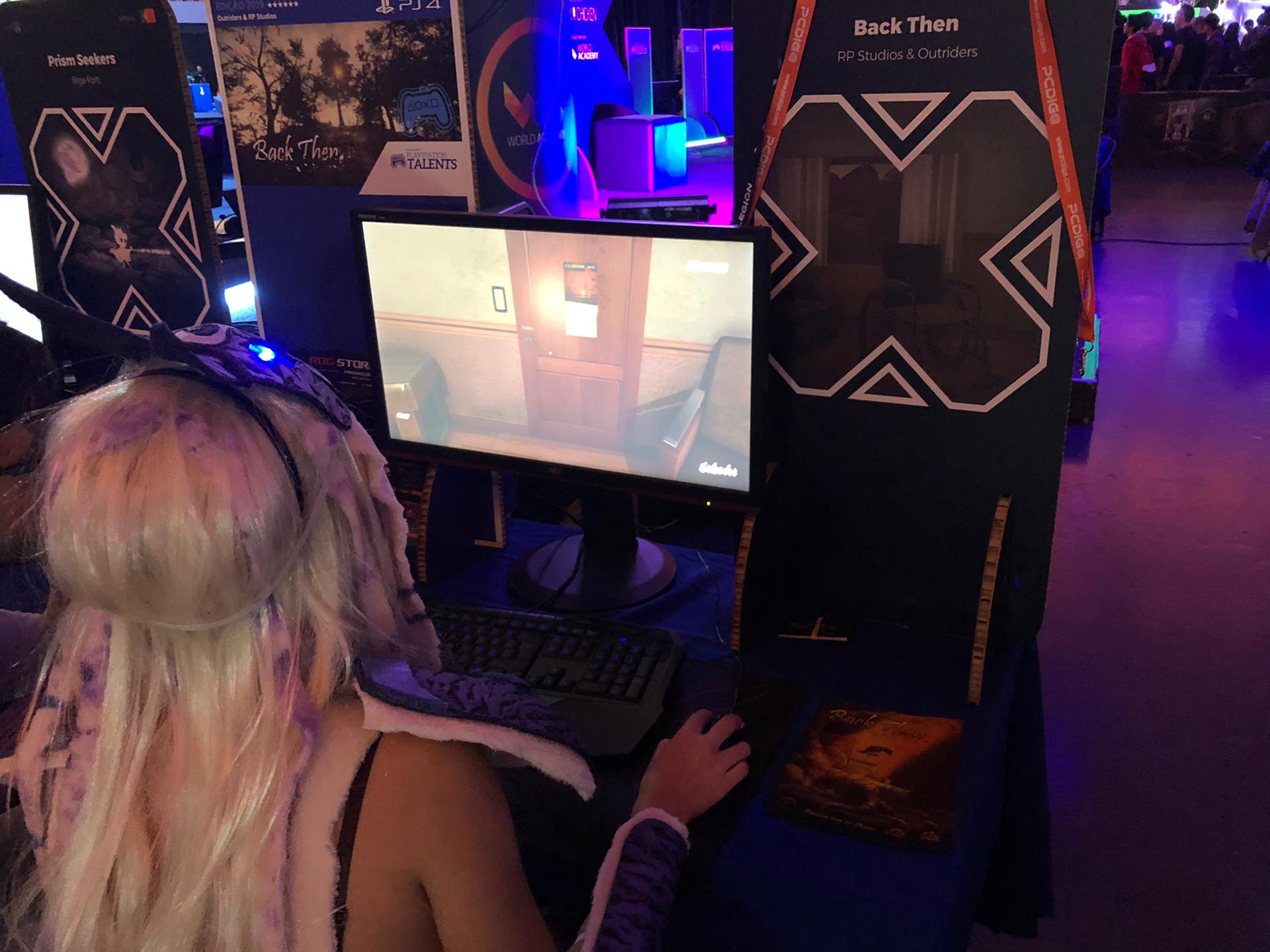 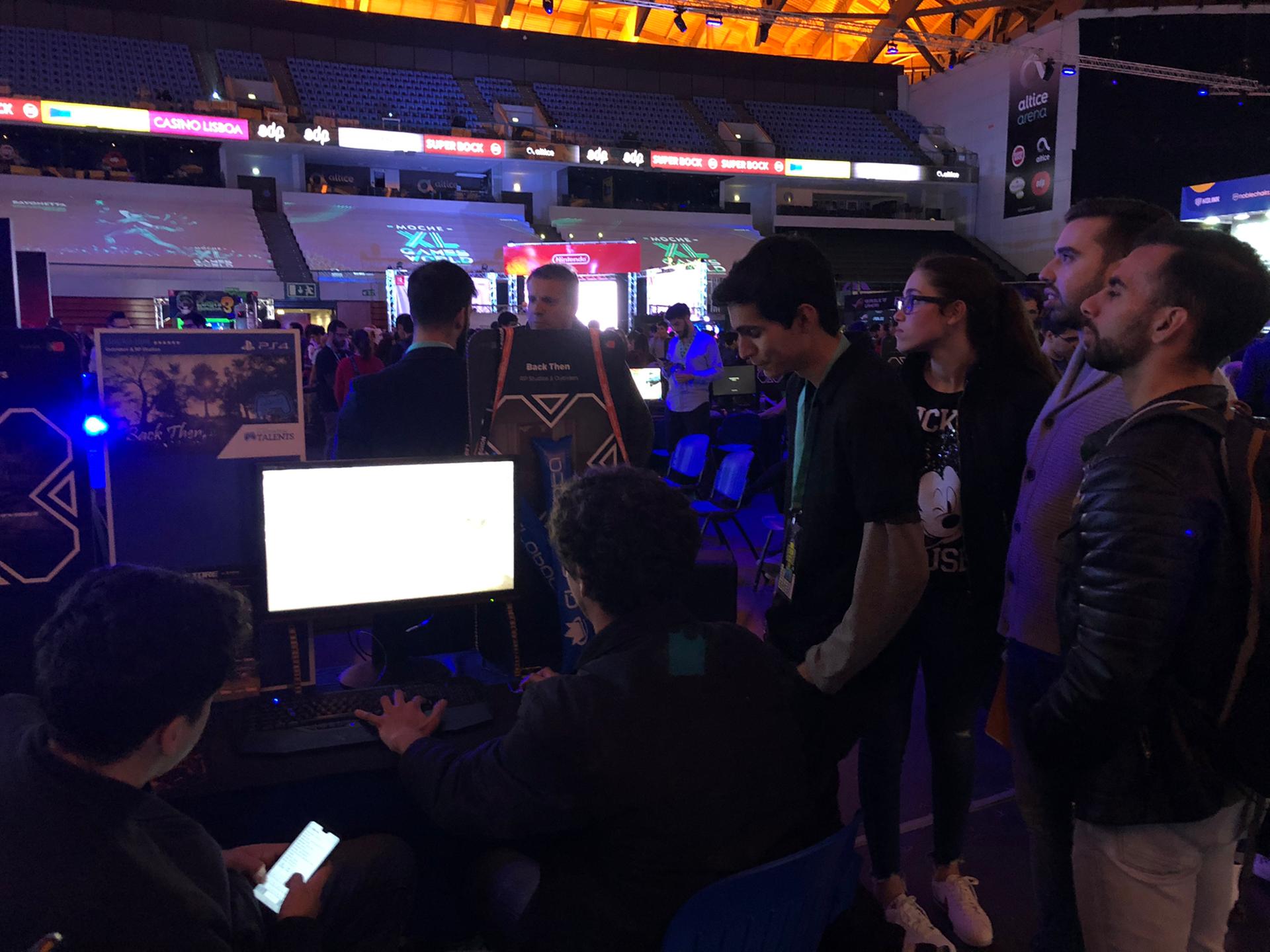 It all culminated on the last day, where Back Then was awarded the "People's Choice" award at IndieX2019. The team is very humbled for this award, as it serves as proof that our project has a long way to go, but we're not giving up that easily. 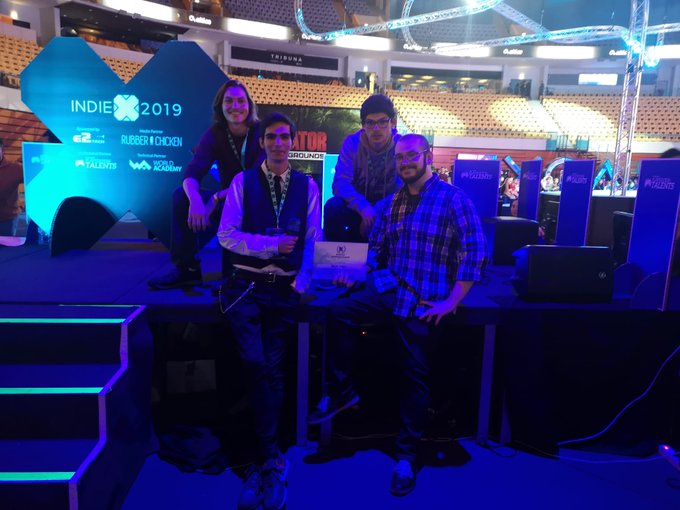 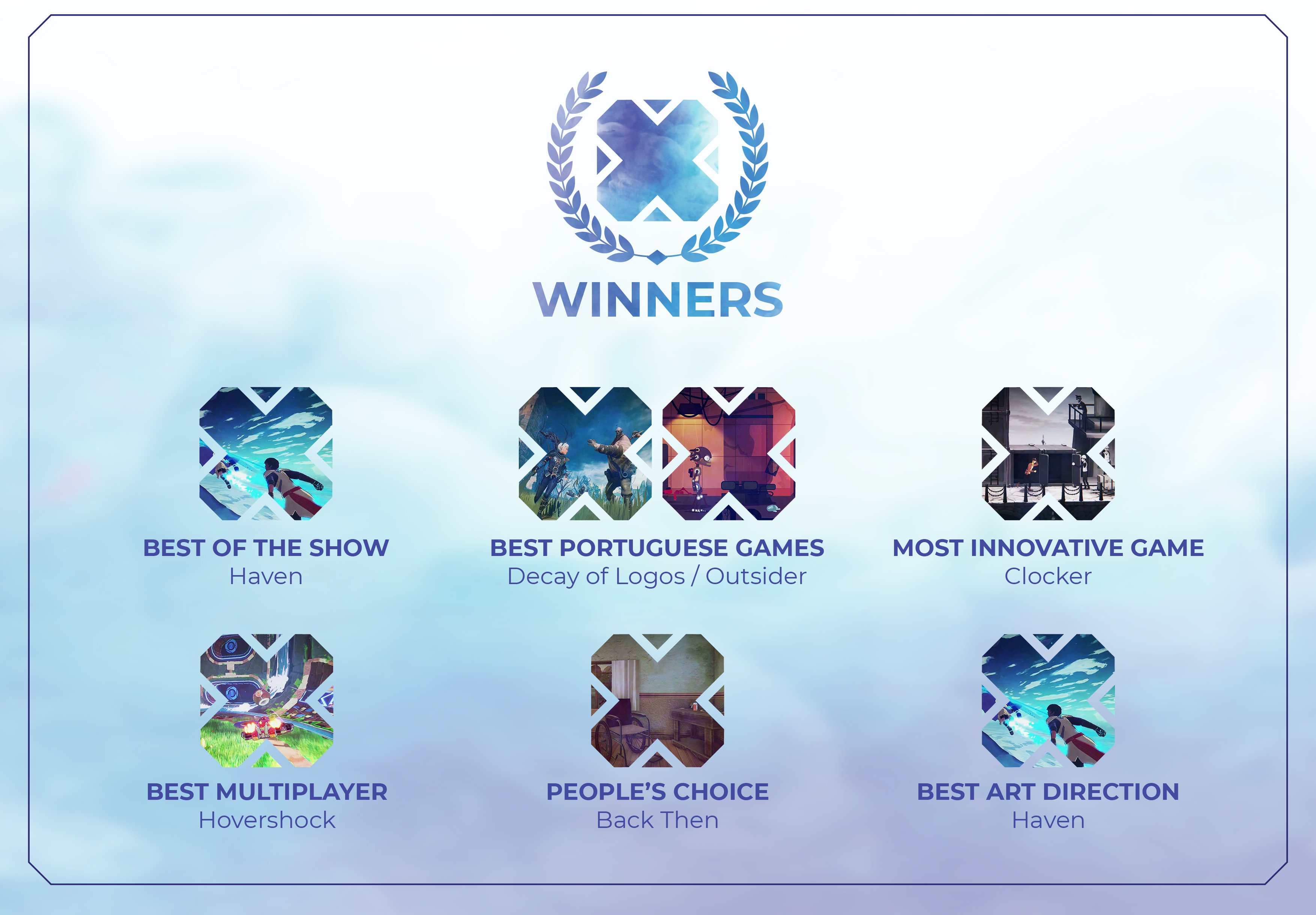 We, of course, weren't expecting an award of any sort, in fact, there were so many incredible games on display there, we kind of just did our thing and hoped for the best. No matter who wins though, everyone present should be proud because there wasn't a single bad idea on display there.

Unlike the previous convention we wrote about above, Lisbon Games Week was a lot more simple, Back Then wasn't enlisted to win any awards there, as our presence was through the Playstation Talents contest and not the actual entity that organized the indie games space. 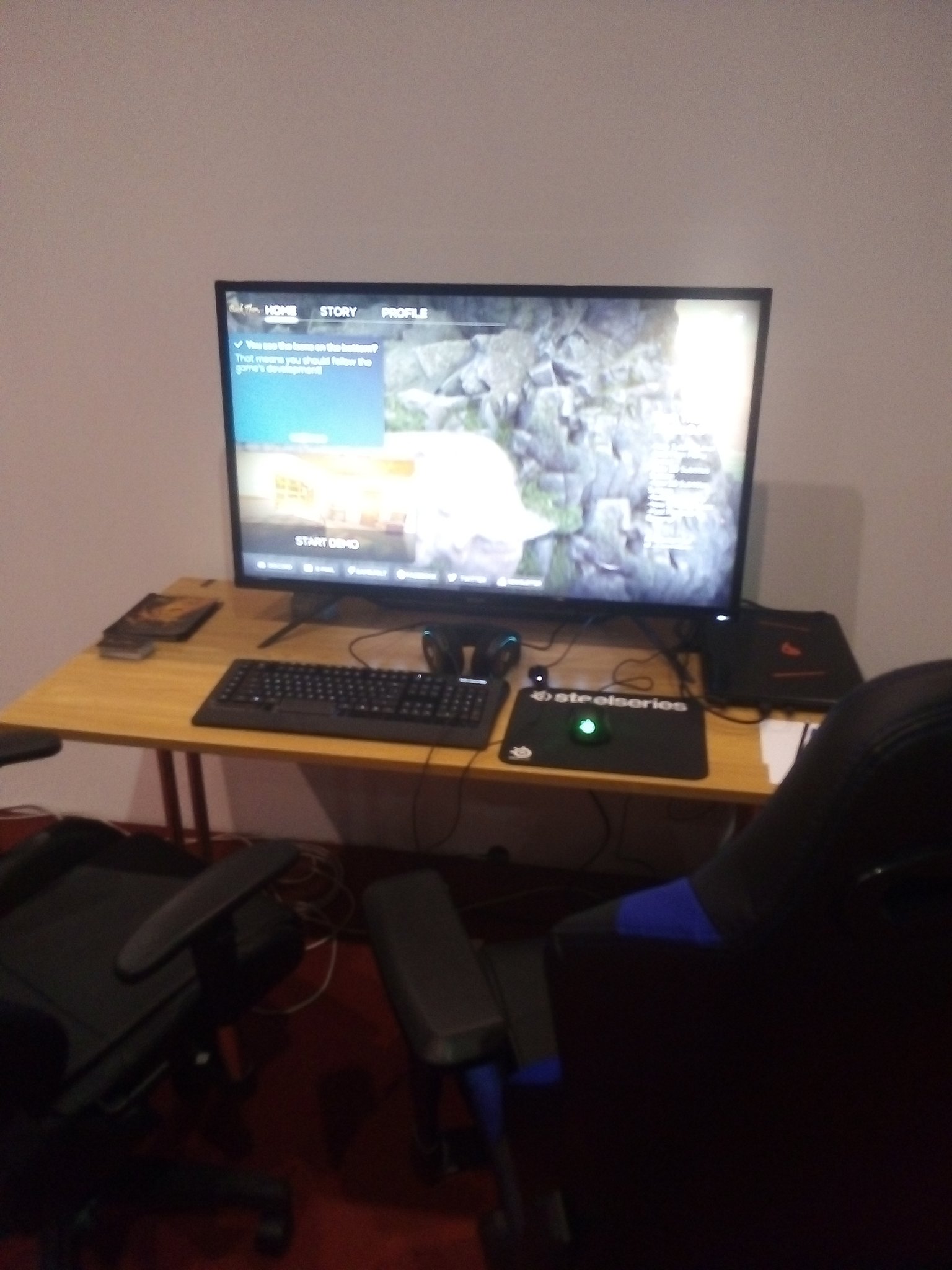 While we weren't striving for any awards, we took the opportunity to network as much as possible, going to dev dinners, gatherings and obviously, we annoyed all the press there :) 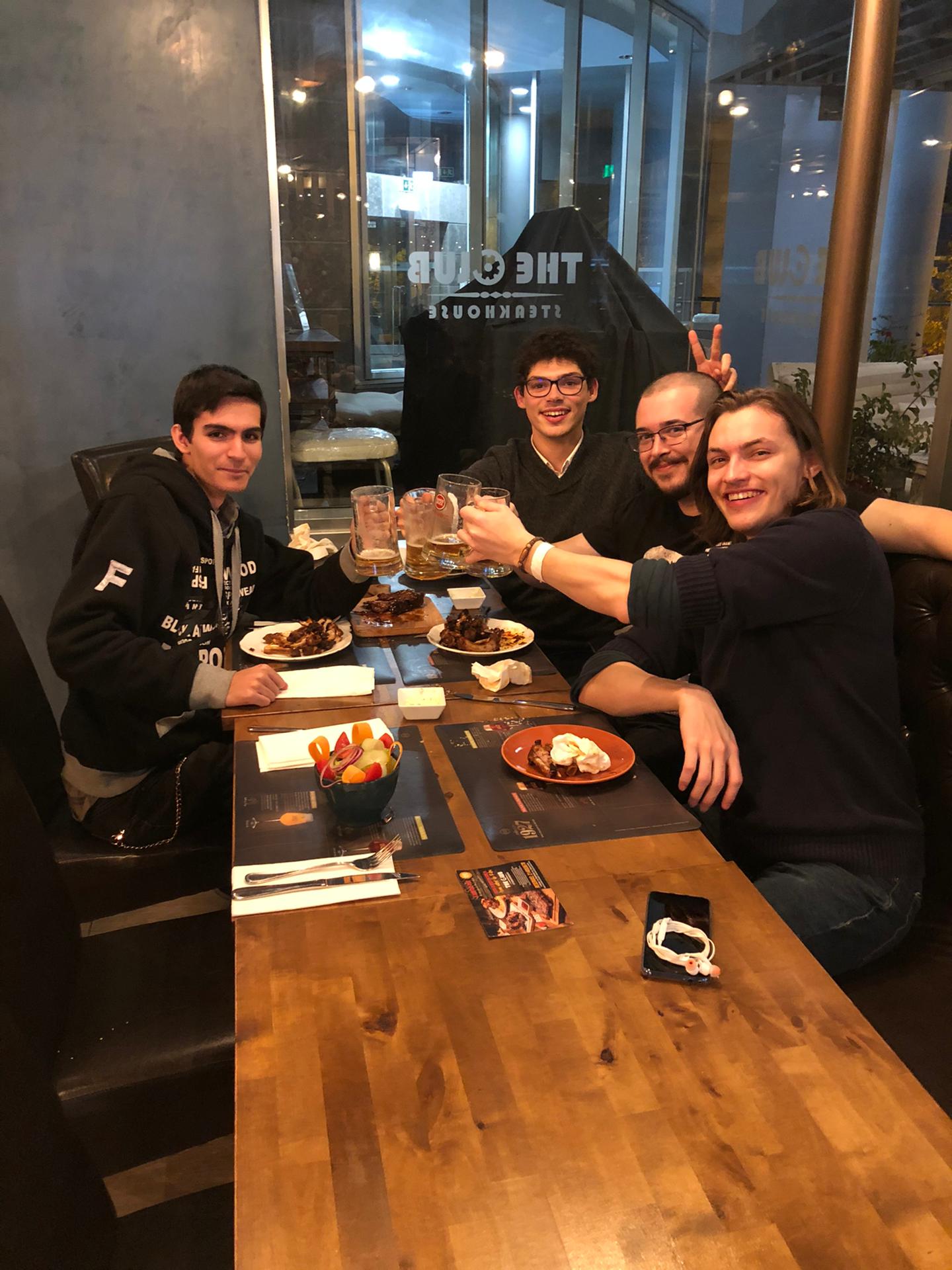 We had so many people come by our booth and we're truly thankful for everyone that stopped by. Lots of good ideas, observations and critics were said in both events. We hear you, and we're going to be making some changes that are adequate to smooth out your experience. 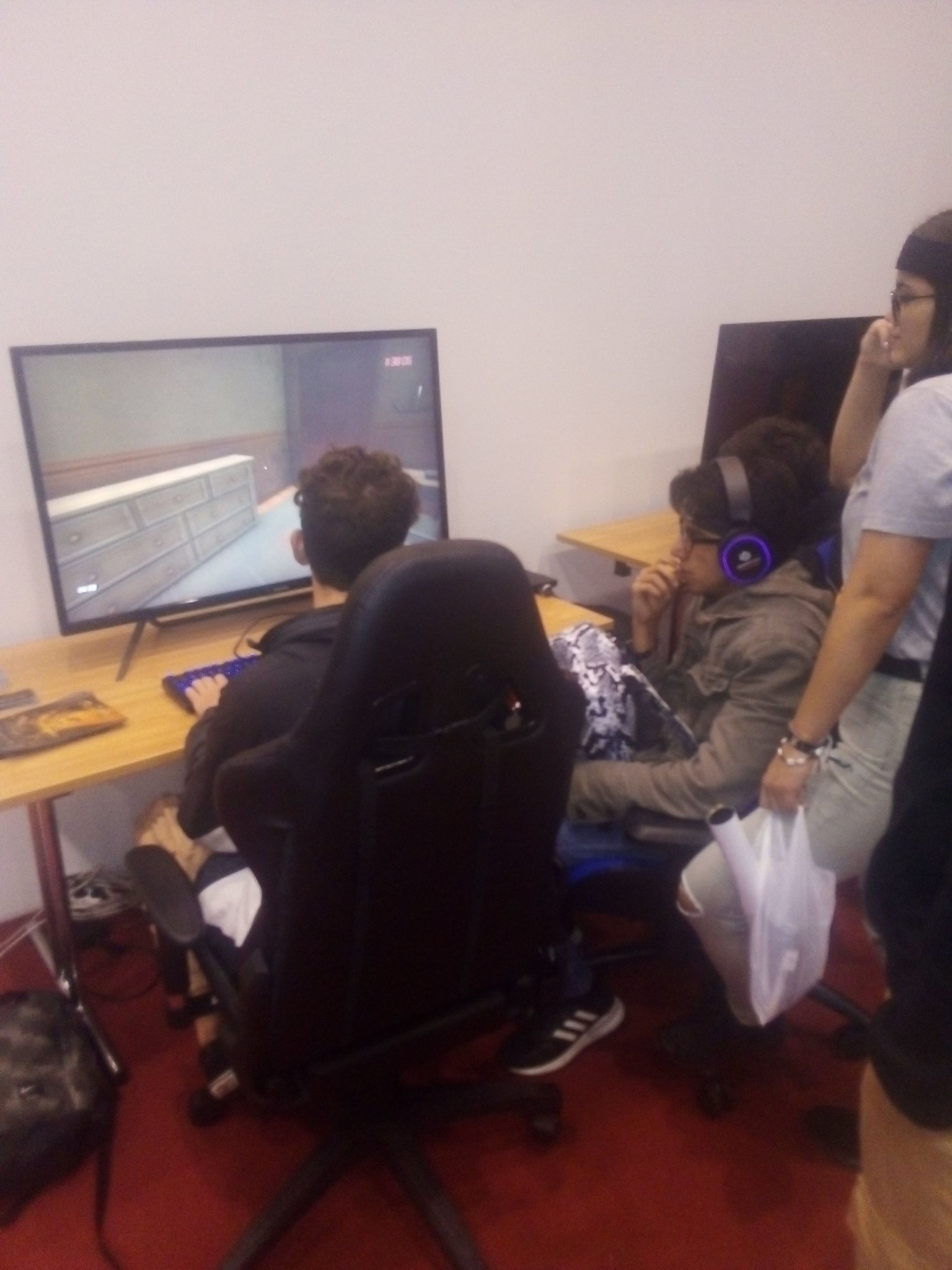 Here's a list of things we're changing/adding based on your feedback:

And with that, we're going back to basics and truly analyze how we can make the project truly shine.

Will keep you posted :)